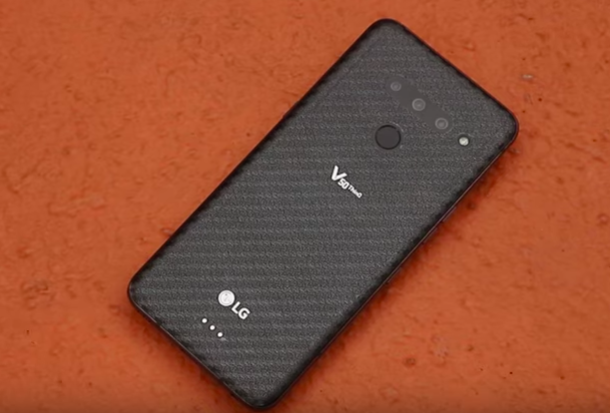 LG has had a rough couple of years, especially here in Singapore. Which is why I don’t really blame them for not launching the G8, or the V50 here. That said, I do quite like their V series devices, so when my friend offered to lend me his V50 for review, I gladly accepted it.

So here are some of my thoughts on the phone. From the get go, I think that LG is actually returning to the roots of the V Series, and is focusing more on utility, rather than design. The phone is a little bigger all round, the bezels seems a little thicker, it’s a bit heavier, and it’s only available in this glossy black finish.

But you know what, I like it. I’ll miss the matte finish on the V40 for
sure, but I can just put a skin on it. I also don’t mind that the phone is thicker
because LG was able to make the back of the phone completely flushed with no camera bump at all. It also allowed LG to fit in more hardware into the phone. On top of the usual Snapdragon 855 with a decent amount of storage and RAM, we are also getting a vapour chamber cooling system, stereo speakers, and a much larger battery. So for things like gaming and day to day use.

I have no issues with performance other than a bit of stutter from LG’s software. It doesn’t get too warm even while gaming, and the stereo speakers are great for any sort of multimedia consumption. It’s not the best sounding speakers I’ve
heard, and can be a bit shouty at higher volumes, but it’s still better than just having a
single speaker.

I should probably talk about the display too at this point. The default colour profile out of the box is a little much for me, but it’s really customisable. I wished the bezels could be a bit smaller, but it’s still a pretty good looking screen. Anyway, I’m really happy that they decided to put in a bigger battery because that was one of my biggest complaints with the V40.

Even with heavier usage, I’m seeing at least 20% battery remaining at the end of the day, with 4 to 5 hours of screen on time. It also supports 18W charging which is still
decent, and it has wireless charging. I also like that the V50 still supports expandable
storage, and more importantly, it still has a headphone jack. Like with recent LG devices, the V50 is using ESS’s Quad DAC, and if you have a decent pair of IEMs or headphones to go with it.

it sounds noticeably better than your average smartphone. On top of all that, it still has IP68 water and dust resistance and it’s MIL-STD 810G compliant, which should help with its durability. So, other than missing smaller features like reverse wireless charging or WiFi 6 support, the V50 is a pretty good all rounder. It even supports certain 5G networks if you’re in a location that has 5G, and it even has a Dual Screen accessory. Personally I don’t find it to be that useful, because it’s a bit bulky and quite limited in functionality.

There is a gamepad feature, but I find that most mobile games are better optimised for touch controls anyway. But if you’re the type of person that usually
do split screen multitasking on your phone, this could be pretty nice. So in terms of hardware, I think LG did a pretty good job here. However, in terms of software, as usual, LG still has a lot of work to do. It’s still usable for sure, but the UI design
doesn’t look that great, and I feel like LG’s software isn’t as smooth and responsive
compared to other phones I’ve used. I do like some of the features that it offers,
but I just wished the software experience was a bit more polished.

Also, LG doesn’t really have a good track record when it comes to software updates. Anyway, let’s move on to the cameras. The V50 actually has largely the same camera
setup as the V40, which is why I was actually surprised by the camera performance here. While the V40 was just okay when it comes to camera performance, the V50 is actually what I would consider to be good. More accurate looking colour, better dynamic
range, and the image processing looks noticeably better.

While the telephoto camera isn’t really that amazing, I think LG has one of the best looking ultra wide angle cameras that I’ve seen. It’s not as wide as some other phones out there, but the distortion correction is good, the image looks sharp even at the edges, and even at night, it is still able to capture good looking images. However, the front camera is not quite as impressive. Even though it has 2 front cameras, the performance
for both of them are quite mediocre. For video capture, the V50 is able to capture
good looking videos with nice quality and stabilisation, it offers the ability to switch
between the 3 cameras when shooting at 30fps, and even at 4k 60fps the stabilisation still looks decent. Just a quick note on the camera app itself. It looks a little messy, but it offers an impressive set of features. There is even a manual mode for video capture
as well. It’s not something that I think most people will use, but I’m sure some folks will appreciate it.

Overall, unless you’re very picky about front camera quality, the camera performance on the V50 should be good enough for most folks. As usual, I’ll have a link in the description
below with everything I took with the phone.

The LG V50 is actually a pretty nice phone to use. The software experience isn’t that great, but the rest of the phone is pretty good. However, other than having a good sounding headphone jack, one of the best ultra wide angle-cameras you’ll find on a phone, and perhaps this dual screen accessory, the rest of the phone doesn’t really stand out as much. Unless you’re specifically looking for those features, there are probably better options out there with sleeker design, better cameras, nicer looking screens, and better software experience.

So in the end, I don’t really think it’s worth LG’s asking price. However, if you can find one at a cheaper price, it is a pretty good overall package.