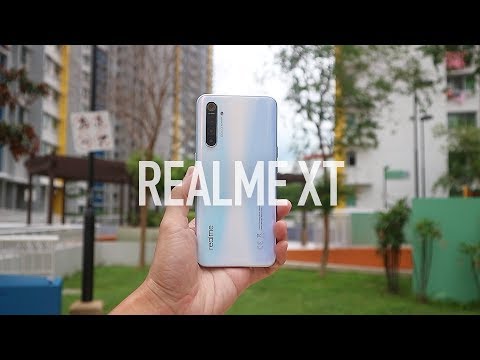 For those of you in Singapore, you might notbe too familiar with the company realme. They started out as a sub brand of Oppo, before becoming its own thing last year. That said, it’s still under the same parent company BBK Electronics, the CEO is a former Oppo executive, and they’re using Oppo’s ColorOS. The main difference, is that they’re more focused on budget friendly devices. 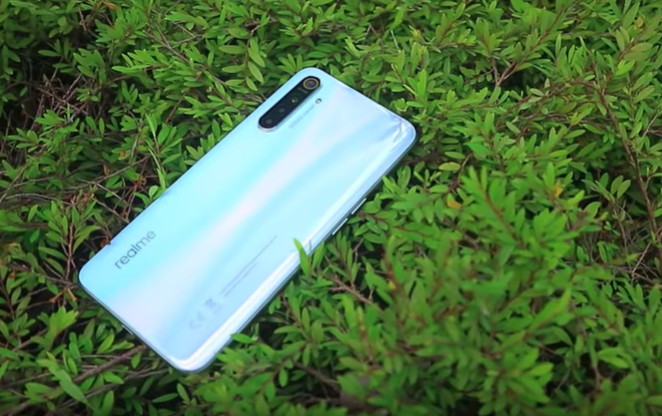 Which brings us to the realme XT, a new mid-range device from the company that looks like it could be a pretty awesome deal on paper. So let’s take a closer look at the phone, and see if it’s any good. Starting with how it looks, it’s already
off to a great start.

The design of the phone is not the most exciting, but it does look good, especially in white. And I like the little design touches they’ve added to the phone as well. The phone feels pretty solid in hand with its glass back, and I don’t really mind the plastic frame considering its price point. The phone is packing a good looking super
AMOLED screen with a teardrop notch and relatively small bezels. It does seem a bit more reflective like most of the OnePlus devices I’ve tested, but it’s still an overall good looking screen with nice colours, and decent enough brightness. I also don’t mind having a notch as well, since it’s one less moving part on the phone, and it doesn’t really affect viewing experience.

Another nice little bonus, is that the realme XT is using the latest in-display optical fingerprint sensor, which is pretty impressive at this price point. It works really well, and is one of the fastest in-display fingerprint sensors I’ve used so far. In terms of specifications, the realme XT seems pretty impressive too. On top of a decent mid range chipset, we are also getting 8GB of RAM, and 128GB of UFS 2.1 storage. There is support for expandable storage plus dual SIM at the same time, there is still an audio jack, and it even has a quad camera setup on the rear with the main camera being a 64MP Samsung GW1 sensor.

So in terms of how the phone is like to use, it’s pretty great for a mid-range device. Other than apps taking a bit longer to open, which is the norm for mid-range devices, the responsiveness of the phone is good, and I have no issues playing games on it as well. The 4,000mAh battery also gets me through a day of heavy use easily, and it even comes with a 20W fast charger in the box, which is nice.

Like I mentioned earlier in the review, the realme XT runs ColorOS. Other than my usual complaints about how it looks, it’s a nice enough user experience. I used to be all about stock Android, but these days, performance is no longer an issue on most devices, and it’s nice to have some additional features.

So unless you’re very picky about software
experience, or getting major software updates as quickly as possible, this is just fine. Moving to camera performance, the main camera performs better than expected for a mid range device. In daylight, the colours, details, and dynamic range looks pretty good. Low light shots can seem a little dark at times, but looks decent overall. It does have a night scape mode as well which
will give you that HDR look, and it works even on the ultra wide angle camera. Talking about that, it’s nice to have an ultra wide angle camera for sure, but the image quality is just okay. It struggles in lowlight, and even in good lighting it can still look a little soft.

There is also a macro camera for close up
shots, but the image quality is not that great considering I can get better looking result just using digital zoom, and the final camera sensor is just a depth sensor for better background blur effect.

For the front camera, it’s able to take good looking images in most lighting conditions, and I think it might actually outperform some flagship devices.

Overall, I think the camera experience is pretty good.

The additional camera sensors are not the most useful, and the video quality is just average, but the main front and rear cameras punches above its price point. As usual, I’ll have a link in the description
below with everything I took with the phone. All in all, I was actually kinda surprised
by how nice the realme XT is. It’s not perfect of course, and I do want
to mention that the haptic feedback on the phone is quite bad, and the speaker position makes it easy to cover up when gaming, but aside from those minor gripes, it’s an enjoyable phone to use. Being a mid range phone, it doesn’t really have all the bells and whistles, like water resistance, stereo speakers, wireless charging,and whatnot.

Should you buy REALME XT

But, it does most of the basics well enough, and in some areas actually delivers more than expected. Considering the recommended retail price is
just 469 Singapore dollars, and it can be even cheaper if you look a little harder,
I think the realme XT is worth your consideration if you’re looking for a solid mid-range device.