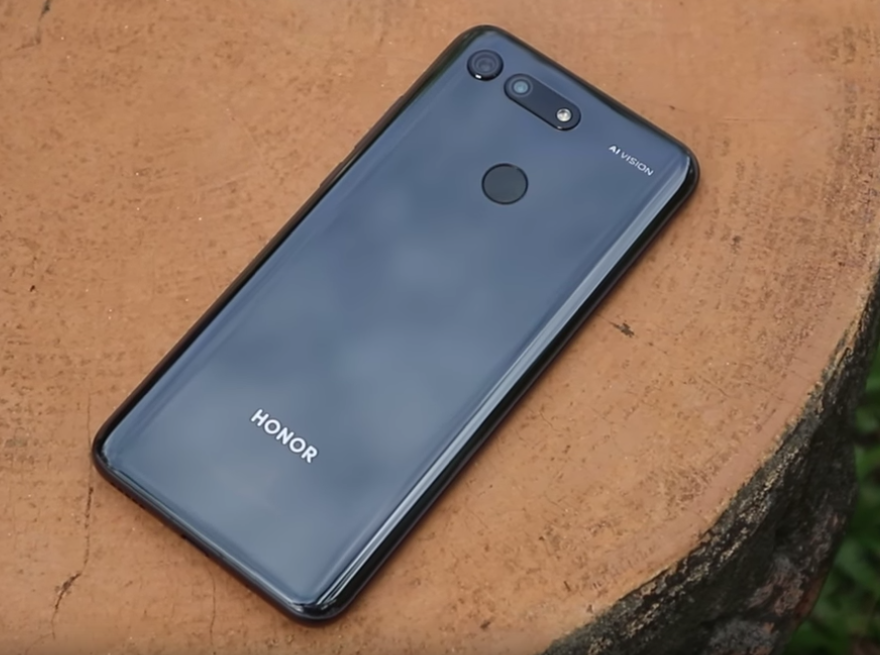 Honor has always been pretty good at putting out great hardware for not a lot of money, and after spending some time with the Honor View 20, I think they’ve outdone themselves here. The winning formula here is actually pretty simple. A gorgeous and premium looking design, top of the line specifications, and a reasonable price tag.

Granted, there are a couple of compromises here which I’ll talk about later, but nothing that would be considered a deal breaker. So let’s take a closer look at the phone. The first part of the formula, is design. It’s a pretty typical glass slab, but the back of the phone has this V-shaped pattern with a gleaming effect. The black unit that I have here is a little more subtle looking, but if you have the blue version, it looks really mesmerising. 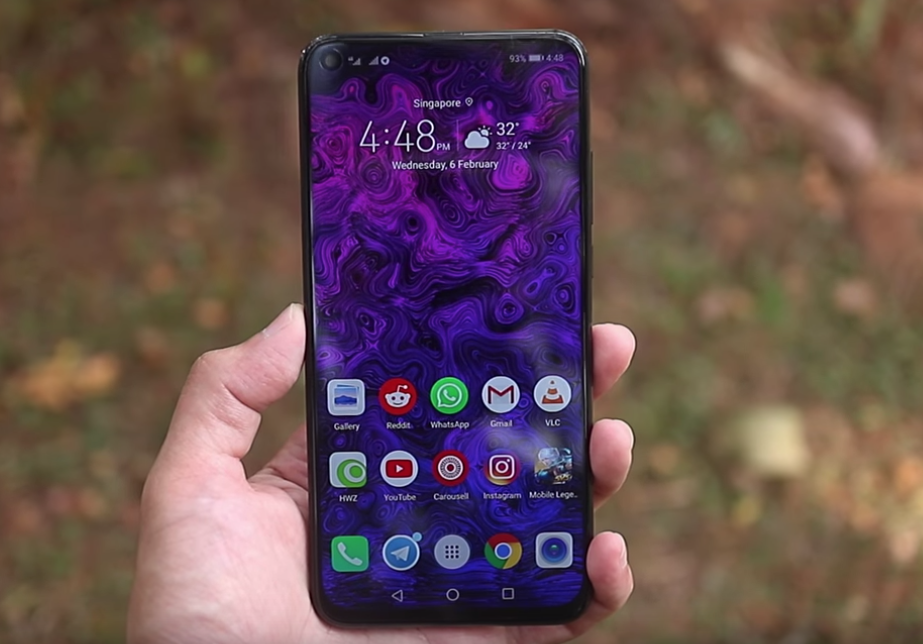 The front of the phone is just as good looking as well. The Honor View 20 is one of the first few devices to adopt a camera cut-out instead of a regular notch. Since it’s tucked into the top left corner, I don’t really notice it much in day to day use, and it sort of just looks like a notification icon. Functionally, it makes no major difference compared to a regular notch, but aesthetically, I think it looks really nice. It also helps that the display itself, is pretty good looking. So moving on to the second part of the formula, specifications. The Honor View 20 is packing the same chipset as the Huawei Mate 20 X that I reviewed earlier, and we already know that it’s a powerhouse, so I’m not going to talk too much about that. It also comes with a few additional gaming related enhancements like the GPU Turbo technology that optimises performance, a cooling system that improves sustained performance, and a triple-antenna Wi-Fi technology that should improve network reception.

I can’t scientifically prove that it all works as advertised, but I can say that the gaming experience on the phone has been superb. Everything is smooth, and even playing games at high graphics settings doesn’t really warm the phone up that much. The battery life on the View 20 has been really great as well with its 4,000mAh battery. Even with heavier usage, I could get slightly over a day of use pretty easily, and it also comes with a 22.5W fast charger as well that comes in handy if you need a quick top up. Normally camera hardware is where you’ll find major compromises when it comes to cheaper devices, but so far, I’ve been really impressed with the Honor View 20.

It’s still not quite as good as those super high end devices, but it’s surprisingly close. While the main camera is a 48MP Sony sensor, by default it uses pixel-binning and software processing to output better looking 12MP images, and that’s the setting that I personally recommend. It has the usual AI feature as well if you prefer more saturated looking images, but I normally don’t. It has a secondary 3D camera that enables features like portrait mode, and even real time body slimming for video capture. Not something that I find super useful, but still sort of interesting. The use of pixel-binning also means that essentially, the camera has a larger than usual pixel size, which is great for low light shots. I find that I don’t even need to use their dedicated Night mode most of the time. Video recording looks pretty good too, and the software stabilisation is actually quite good. The 25MP front camera is pretty good too, and the AI HDR feature works quite well. The default exposure is still a little high for me, but it’s not a big deal. Overall, it’s just a really nice camera experience, and I’ve really enjoyed taking photos with the Honor View 20.

The last part of the formula, is price. It starts at $699 Singapore dollars, but savvy shoppers will probably be able to find better deals for it. But even at $699, the Honor View 20 is already noticeably cheaper than the local pricing of the OnePlus 6T, while offering slightly better hardware in return. I still think that OxygenOS is nicer to use, which to some folks might be worth the extra cost, but Honor’s Magic UI isn’t really that bad. I’m not a huge fan of the UI design and some of the default apps, but it performs and works really well. While it has quite a few features that I probably would never use, it has a good amount of useful ones as well. At this point I should probably talk about a few of its shortcomings. Like the lack of water resistance, wireless charging, and stereo speakers. Things that you normally get from flagship devices. But these are the same compromises that we see on the OnePlus 6T, and on the Honor View 20, at least we still get a headphone jack and an IR blaster.

I do wished that they had kept the microSD card slot, and the display could be a little brighter outdoors, but those are not deal breakers to me, especially at this price point. The Honor View 20 is just a really nice phone to use. It looks great, it works great, and it doesn’t cost an arm or a leg.

You can buy this phone on Qoo10