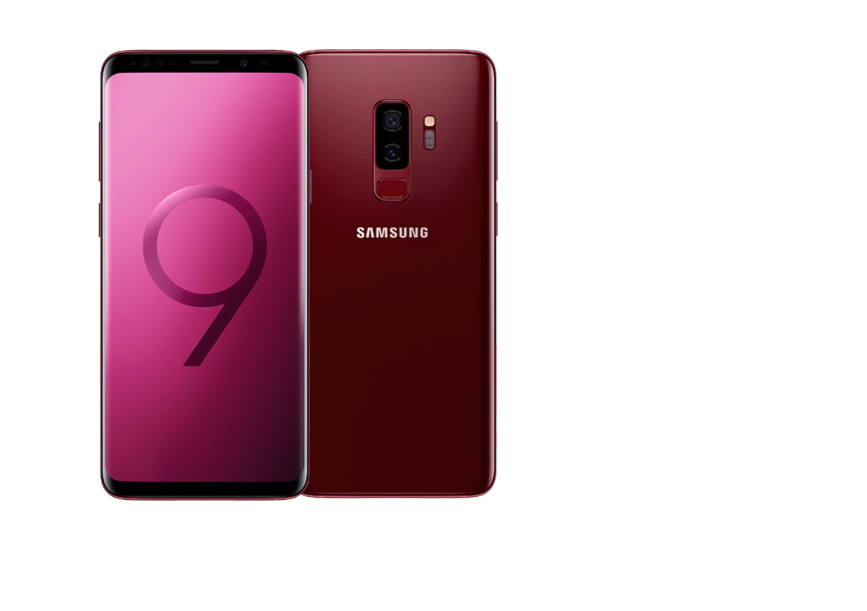 A lot of you might not realise this, but Samsung Singapore has been in the smartphone market much before Apple ever was. They made feature phones that competed with Nokia and at that point in time, they weren’t all that great.

They did make a lot of phones, but none of them stood out. Post the Apple revolution in 2007, things turned around for Samsung. They were one of the first few companies to jump on to the smartphone bandwagon and they haven’t looked back since.

One of the top releases for the year from Samsung was the S9 and S9+. The Galaxy series has been a premium range of models from Samsung.

Released in March 2018, the S9+ is one of the Samsung flagship smartphones. It came to prominence because of its 12MP + 12MP dual shooter. Making it one of the best camera phones released by Samsung.

The S9+ model boasts a 15% brighter screen and with 1.2mm of the bezels slimmed down, there is more display.

This phone has a 3.5mm jack which many users consider a big deal these days. And has a good chipset that enables gaming.

Samsung S9 is the younger sibling of the S9 plus but it is a phone to be reckoned with. The 5.8 inch Super AMOLED display is gorgeous and is perfect for consuming content and playing games.

Although it doesn’t have a dual sensor, the 12MP camera has a variable aperture of f/2.4 and f/1.5. The camera also shows super slow motion 960fps video in HD.

People who love loudspeakers will be pleased with S9’s Dolby Atmos.

The Samsung Galaxy A series is an attempt by Samsung to cater to the upper-midrange smartphone segment. What makes the A series stand out is their flagship like features which are bound to attract buyers.

The Samsung A9 has the distinction of being the first quad-camera smartphone in the world. This feature makes it a truly must buy phone. The front camera is also a respectable 24MP.

There is nothing you can’t do with this camera, especially the 120-degree ultra wide lens is a big boon.

The 6.3 inch display is pretty big for a medium range phone and the AMOLED screen seals the deal.

The Galaxy A7 rocks a super AMOLED 6-inch True FHD+ Infinity Display. It has a premium glass body and is a rather slim phone with just 7.5mm in thickness.

The A7 also has a side fingerprint sensor that is unlike most phones that have it in the back or the front.

This phone also has cameras that steal the limelight.

The primary camera or cameras is a 24MP wide camera, 8MP Ultrawide camera and a 5MP depth sensor.

The ultrawide camera lets you fit in much more in a single frame compared to the usual smartphone cameras. The triple camera also identifies 19 different scenes and adjusts the settings to capture the best possible photos.

The Galaxy J series is a mid-range, budget smartphone segment. J stands for Joy and these phones have been predominantly launched in the European and Asian markets.

The J4 Plus mostly competes with the likes of Redmi 6 Pro and Real Me 2. The J4 Plus has a massive 6-inch screen and despite its size, it’s light and easy to hold because of its plastic finish

It has a good primary camera at 13MP, but the 5MP selfie camera could have been way better.

This phone is perfect for people who use a lot of their primary camera. It’s also sturdy and the large display helps with watching content.

This phone is perfect for performing basic smartphone functions with aplomb.

The Samsung Galaxy J6 Plus is a mid-range smartphone from Samsung that is turning heads.

The cameras on the J6 Plus are a 13MP + 5MP Dual camera (Primary) and an 8MP (Front camera) with a LED flash. The cameras are a major upgrade compared to the J6 which was a bit under par. It also has a Blur Background feature which lets you blur the background for interesting portrait shots.

It has an interesting unlock feature, where the power button doubles up as a fingerprint sensor that unlocks the phone.

The best aspects of the phone are its design, the amazing battery life, great cameras, AMOLED screen, advanced OS with the Experience UI.

The J2 Pro is a tiny 5-inch budget smartphone. With 16GB of Internal storage and 2GB of RAM, this can be considered a feature smartphone.

The phone has an 8MP primary camera and a 5MP selfie shooter.

The battery that powers this phone is a 2600 mAh.

The Samsung Note series was one of the few phones that put Samsung on the map. When Apple was vehemently against the stylus Samsung introduced them to the world and popularised the concept of Phablets.

The Note Series is all about designing and note taking and over the years Samsung has improved the tech considerably to make seamless smartphones that are great for taking notes and jotting things down.

Although from 2017, the Note 8 still packs a punch. It is one of the earliest dual-camera phones to be released. The 6.3-inch AMOLED display packs a punch.

What makes this phone powerful is the Qualcomm Snapdragon 835 that is great for gaming.

The 12MP + 12MP cameras and the 8MP selfie shooter might not seem much, but it still is one of the best cameras around.

The Note 9 has a 6.4 inch SUPER AMOLED Infinity Display that is top notch! It supports HDR content which makes it a perfect machine for content consumption.

On the bottom are the 3.5mm headphone jack, the S-Pen Stylus silo, the loudspeaker and the USB-C connector.

On the top is the Dual SIM card slot that also doubles up as a Micro SD card.

The dual 12MP+12MP camera quality cannot be better. It’s one of the best smartphone cameras around. The front and the back cameras have specific roles and they play the part wonderfully.

The stylus is a huge plus. One would never think that a stylus would play an important role in a smartphone, but in this case, it does. It’s a seamless and smooth experience backed by great software. It’s great for taking notes and doodling.

The battery life for the Note 9 is better than the Note 8 and lasts easily for a day.