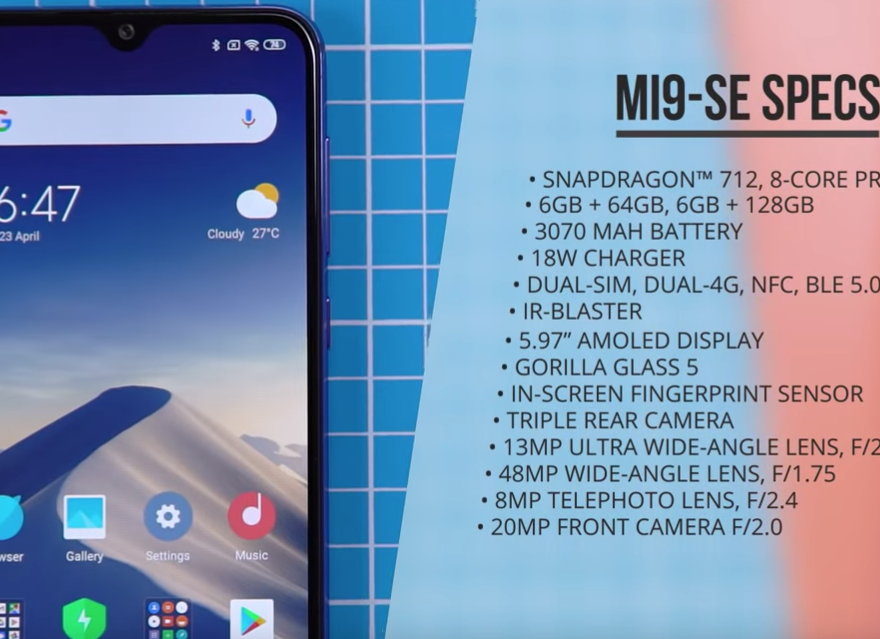 Mi9 Smartphone – it was actually pretty good value for money, provided that you’re okay with MIUI. But eventually when the phone was updated to MIUI 9, it all went to hell. My sister was using the mi6 at that time, and it had a massive bug that causes a bootloop if you change the theme. The only fix, was a factory reset.

This was an official OTA update from Xiaomi, and no matter how cheap the phone is, a bug like this, is not acceptable. On top of that, after a longer period of use, the phone became a little sluggish. So I got rid of the Mi6, and just decided not to bother with Xiaomi’s higher end devices for a while. Which brings us to the Mi 9. I thought that the pricing here in Singapore was actually quite compelling, so as a fan of not so expensive flagship devices, I decided to give it a try.

So let’s start with the hardware. Like the Mi 6, I think Xiaomi has done a pretty remarkable job here. It’s a simple but premium looking design, and the phone feels solid enough with its glass and metal construction. It has tiny bezels up front with a small notch, the display looks really good, and it even has an optical fingerprint sensor which works well enough most of the time.

But I have to mention that it’s not quite as immediate or accurate as a capacitive sensor, which gets a little annoying sometimes. Anyway, internally it’s packing the things that most people care about, like the latest Snapdragon processor, a good amount of storage and RAM, and a triple camera setup which I’ll talk more about a bit later. It’s also packing some things that people don’t really talk much about, but I still think are pretty cool. And of course, now that you can use Google Pay for public transport here in Singapore, NFC is a must-have feature as well. Basically, the hardware is just really good considering the price of the phone. This is actually my first time using a phone with a Snapdragon 855 processor, and it’s pretty great, as you would expect. Games runs really well on it, and I haven’t had any issues with heat or anything like that.

I’m also guessing that it’s pretty efficient as well since even the 3,300 mAh battery here was able to get me through a day with quite a bit of gaming and photo-taking. Like I said, the hardware is pretty solid here. Before we move onto software, let’s talk about the cameras here. I had high hopes for the camera performance since the main 48MP sensor, is same as the one found on the Honor View 20, which I thought was really good. For the most part, I think it performs quite well here. It’s not quite as good as the top tier flagship devices, but it’s not that far behind either. I think it’s just down to the style of image processing. I find that the Mi 9 tend to produce more true to life images, which I don’t think looks as striking as those slightly enhanced images taken by the Honor View 20. This is especially apparent for low light shots, which I feel are a little too dark. There is a night mode for darker scenes, but it basically sacrifices fine details for a brighter image, which isn’t ideal to me either.

But anyway, for the price of the phone, it’s already better than I thought it was going to be. Also while the quality of the telephoto camera and ultra wide angle camera isn’t that great in low light, they provide a lot of flexibility in good lighting. Having a wide angle camera like this, is just really fun to shoot with. For those who care more about the front camera, you’ll be happy to know that they are pretty good as well. Which leaves us with just software to talk about. MIUI is still MIUI. I say this in pretty much every video I’ve made about Xiaomi phones. It’s a really heavy skin with a lot of features, some of them are a little useful, but some are not. Performance is satisfactory, but I feel like that has more to do with the processor than the software itself. And, it still annoys me that some of the built-in apps are asking for permissions that they clearly do not need.

Also, after my experience with the Mi 6, I have very little confidence in Xiaomi in terms of software updates. Which brings us to the conclusion of this video. I still think that in terms of bang for your buck, this hardware at this price tag, is almost unbeatable. I know it’s lacking features like water resistance, and stereo speakers, but those are not deal breakers at this price point. And actually, the single firing speaker sounds really good. However, I’m just not a huge fan of MIUI, so this is not a phone that I would go for. But if you’re okay with MIUI, and I do know a lot of people who are okay with it, I think the Mi 9 is one of the best options right now if you’re looking for a flagship phone at a more affordable price.

Phone can be purchased from Qoo10 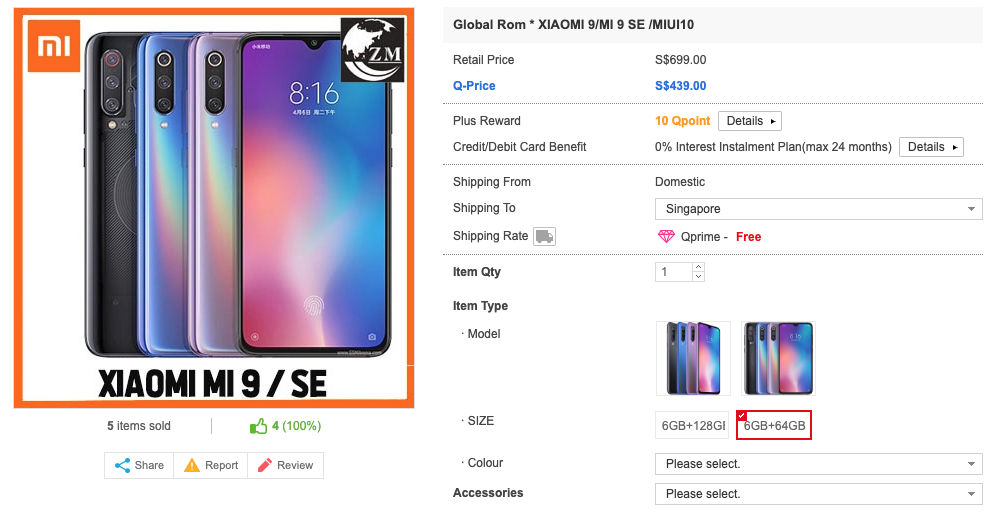