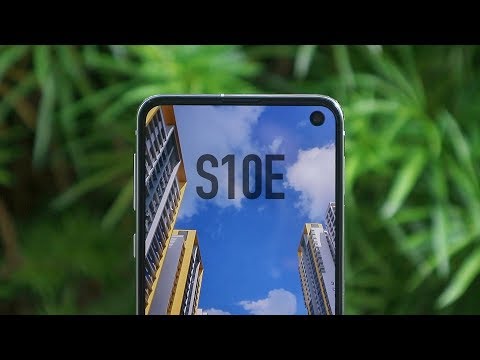 For the most part, things hasn’t really changed much. It’s still a lovely little phone with excellent build quality, premium design, and fantastic hardware. I know in terms of processor, the Exynos version that I have here isn’t quite as good as the Snapdragon 855, but for the most part, the phone still performs really well when it comes to day to day usage. I do feel like it runs a little warmer than other phones that I’ve tested with Snapdragon 855, but other than that, it’s fine. Anyway, it still has all the bells and whistles like IP68, dual speaker, wireless charging, reverse wireless charging, a great looking screen with minimal bezels, and it even has some things that you don’t see on other flagship devices these days.

Like a microSD card slot, a 3.5mm audio jack, and for the geekier folks, support for the next generation WiFi standards. So that’s why I say the hardware is still fantastic. The only downside is just the shorter battery life which could be due to a combination of the smaller battery, and perhaps the Exynos chipset being a bit less efficient. For me I could get a day of use out of the phone, but heavier users will probably struggle a little, especially for folks using 2 SIM cards on the phone. Part of the reason why the battery life could be better for me might be because I don’t use a lot of Samsung apps and services on my phone.

I’m not using a Samsung account or even Samsung Pay. For me I prefer to just stick with Google services if possible. Which is why it might come as a surprise that I’ve actually grown to really enjoy Samsung’s One UI. So the number one complaint that I’ve heard, is that it has a lot of bloat, but it’s actually not that bad. I’m not sure if it’s the same for other countries, but when I first booted up the phone, I was given the option to choose what Samsung apps to install. For the rest of the stuff from Microsoft, or Facebook, I can just disable them afterwards.

It’s slightly annoying for sure, but it’s not the end of the world. It’s kinda nice to have some additional customisation options and features without the need to install third party apps, especially if we’re talking about features like screen recording or taking a long screenshot. Also, despite having all those additional stuff, the performance has actually been really solid. The UI is smooth and responsive, and I’ve not had any major software issues. I even think that the design of One UI is actually quite nice. The only real downside to me is just the slower software updates. So let’s move on to the cameras, and talk about the new dedicated Night mode. The best way to show you how good it is, is to compare it with the Pixel 3a. They both have their own pros and cons, but I actually prefer the shots from the S10e a little bit more. The colours are more true to life, and it handles highlights better. However, if you pixel peep, you can tell that the sharpening is quite aggressive for S10e.

For me, the best part about Night mode, is that it actually works with the wide angle camera. Just look at this shot I took with the phone 4 months ago in auto mode, and compare it with this shot I just took with Night mode. I can finally get usable looking shots from the wide angle camera in low light, which makes it a lot more useful to me. Other than that, auto mode performs about the same as it did before for both the front and rear cameras. It produces images that are slightly warmer, and the exposure is often a bit higher than it needs to be. It’s still a pretty good camera, but I still prefer the shots taken by the Pixel 3a, especially in daylight.

However when it comes to video capture, I think the S10e has a slight edge in terms of colours, audio quality, and it supports 4K recording with the front camera. Overall, they’re both really good cameras, and I think it’s just down to personal preference. So, is the S10e still worth buying? For me, it’s a yes. It’s still the best compact Android phone that money can buy. Now that we’ve gotten some camera improvements, and the price of the phone has gone down quite a bit, I would say it’s actually an even better deal now. It’s not perfect of course, with the biggest drawback being the battery life, but I think it’s a really well-rounded package.

With phones like the Pixel 3a or OnePlus 7, they’re really good at certain things, but they often sacrifice other things in order to hit their price point. With the S10e, it’s more like a jack of all trades. 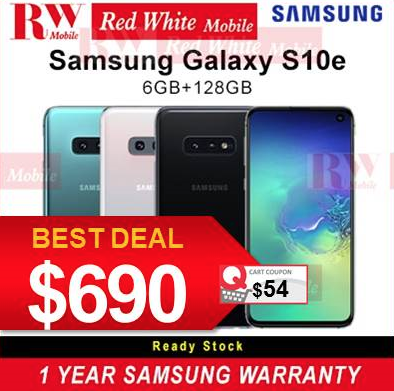